Matt Korobov vs Immanuwel Aleem on Hurd vs Williams Undercard 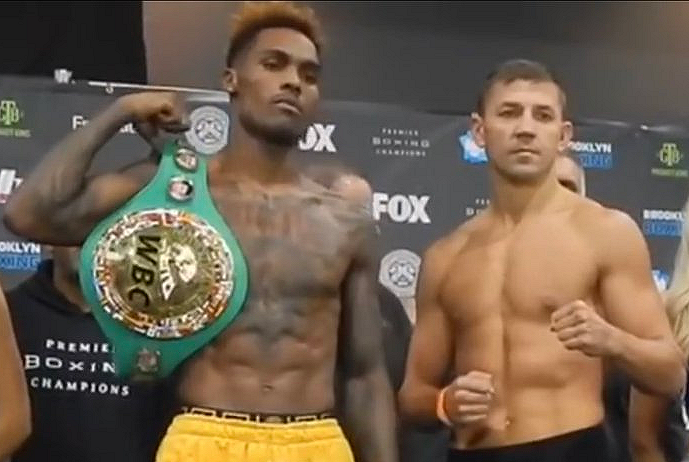 Matvey Korobov to some is the uncrowned WBC Interim middleweight champion of the world after the controversial decision rendered in his title bout with Jarmell Charlo last December at the Barclays Center in Brooklyn, New York.

While the Russian constantly landed his straight left hand from his southpaw stance, he tired In the last half of the bout allowing Charlo to win some of the closer rounds. It was not a commanding performance from the Texas-born champion but not the robbery some suggested either.

Korobov losing on a close, disputed decision to Jermall Charlo for the WBC Interim middleweight title.

It was in the 12th and final round that Charlo really sprung into life, badly hurting Korobov on three occasions and for me winning the round 10-8. The fact that Charlo failed to halt Korobov after hurting him badly was disappointing as it would have saved any controversy with the scorecards

Korobov elevated himself in the eyes of the boxing fans and another title opportunity should follow.

On the undercard of Jarrett Hurd's defence of his IBF, IBO, and WBA titles against quality challenger Julian "J-Rock" Williams, Korobov participates in a 10 round bout with Virginian Immanuwel Aleem (18-1-1). The 25-year-old Aleem has fluctuated between the 160lb and 168lb divisions throughout his 7-years as a professional. At 5ft 9In he will be giving away height to the clever counter-punching southpaw.

Aleem's only loss was by 3rd round knockout to Hugo Centeno Jr in August 2017 when he came in just under 159lbs.

This should be a good fight to showcase the classy skills of Korobov. I expect to see him stop Aleem before the halfway stage.